Mantling, also referred to as lamberquin, is that cloth cape worn by knights on the back of their helmet to protect the metal from the heat of the sun.  Although this custom may have originated during the crusades, there is no evidence which shows that heraldry existed back at the time of the first crusade. Needless to say during battle and the long campaigns, the mantling became torn and was in tatters.  However, the knights took pride returning home in worn out mantling as it served as evidence of their tough battles.

Often, the mantling is displayed slashed and ripped but nowadays the trend of many heraldic artists is to draw it with very simple slashes or even no slashes at all. There exist no rules regulating the manner in which mantling should be shown, as long as it displays the underside. 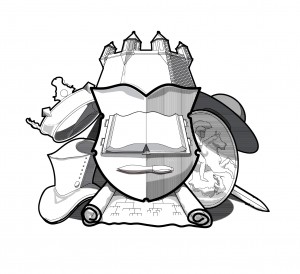